On February 7th, 2020, a few students from “Mihai Eminescu” National College, Petrosani, along with Mrs. Stefania Manea, coordinator of the Erasmus+ project “Promotion of Identity, European Culture and Tradition”, ref. no. 2018-1-IT02-KA229-047925_3 and Mr. Roland Szedlacsek, responsible with dissemination and IT activities, visited “Ianza Castle” from Petrosani. Our host was Mr. Cristian Ianza, who is a plastic artist specialised in ceramics and the founder of “Ianza Art Inter-Cultural Foundation”. He accepted to host us and speak about his family’s history and his foundation.

His great-great-grandfather emigrated from Padova, Italy and established in Blaj, Transylvania, Romania where he served as a Uniate vicar. His great-grandfather, Vasile Ianza, a wealthy businessman, who was from Sarmizegetusa, moved to Petrosani. He was, at first, praetor and the first-praetor of Petrosani region. After Transylvania was returned to Romania, Ianza was the first Romanian prefect of Hunedoara.

The Ianza family had a very important role in the development of Petrosani. Ianza Castle, built by the artist’s great-grandfather and Ianza-Art Inter-Cultural Foundation, is one of the most prominent buildings in Petrosani, becoming an important cultural center for the municipality.

Ianza Castle dates back to 1903 and it belonged to the Ianza family, but when the communists came they took it from them and throughout the time it had different roles for the community. Mr. Cristian Ianza struggled for 30 years to get what his family owned back and in 2013 he opened the foundation and invested a lot of money in the restoration of the castle. He has organised lots of cultural activities and exhibitions in his gallery as well as camps of visual arts.

On this occasion, we had the opportunity to find out a lot of interesting things about the history of our town and its cultural heritage. 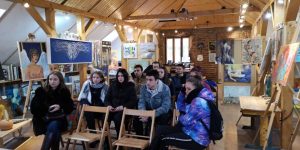 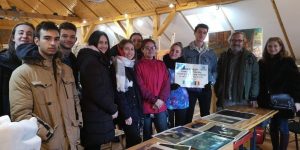 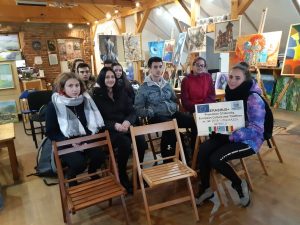 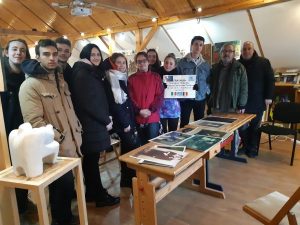 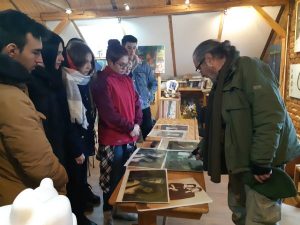 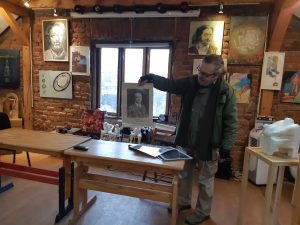