P10.1. Administration of satisfaction and self-assessment questionnaires for all the project’s activities until May 2019

This is the link where you can find the survey of our school about the project’s activities until May 2019: https://forms.gle/1bGVKyFTk6X6jLS16

This is the link where you can find the file with the answers of the pupils of our school about the project’s activities until May 2019:

P10.2. Attending the “Artistic June Festival” of the municipality of Pilea-Hortiatis

Attending the “Artistic June Festival” of the municipality of Pilea-Hortiatis, in particular a theatrical performance about the literacy work of the famous Greek writer Nikos Kazantzakis, folklore dances and the drama performance “The Women of Troy” by the ancient writer Euripides.

On June 5, 2019, the pupils of the Erasmus+ project of our school and Ms. Maria Mangana attended the theatrical performance “The Eagle and the Beast” a tribute to the Cretan writer Nikos Kazantzakis (who have already studied during the P5.2 Activity) and to the Cretan singer-musician Nikos Xylouris. The theatrical performance was co-organized with the “MIMISSIS PRACTICE” Theatrical Group of the West Thessaloniki Secondary Education Directorate in the framework of the “Artistic June Festival” of the municipality of Pilea-Hortiatis. The performance was a theatrical “tour” through the thoughts and the indomitable mind of Nikos Kazantzakis… through its deep foundations, through what he fought until the end of his life, a tour of music and dance with songs remembered and sung by Nikos Xylouris. 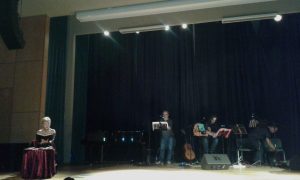 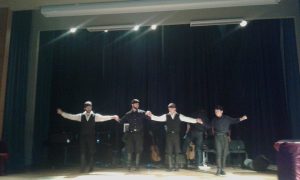 On June 14, 2019, the pupils of the Erasmus+ project of our school and Ms. Maria Mangana attended the performance “Stories of Pilea” in the framework of the “Artistic June Festival” of the municipality of Pilea-Hortiatis. The performance was a combination of traditional dances from all over Northern Greece and short theatrical plays (comedies) about the daily life of the past. 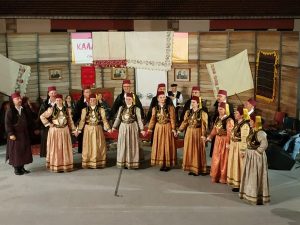 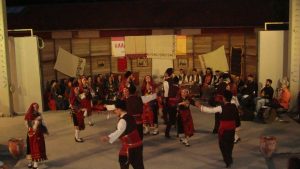 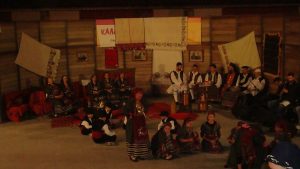 On June 22, 2019, the pupils of the Erasmus+ project of our school and Ms. Maria Mangana attended the drama performance “The Women of Troy” by the ancient writer Euripides. The performance was held by “The Teenage Theater Group G” in the framework of the “Artistic June Festival” of the municipality of Pilea-Hortiatis. 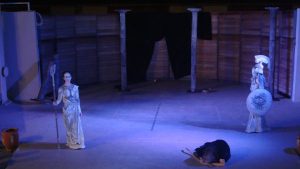 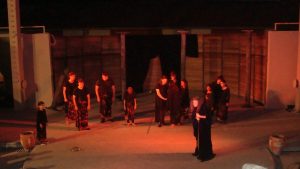 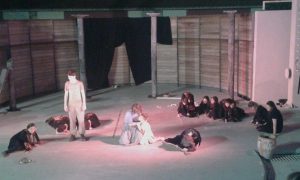 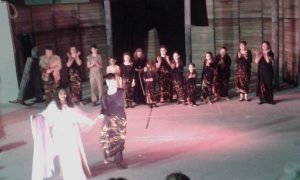 “The Women of Troy (The Trojan Women)” is the third tragedy of a trilogy written by Euripides in 415 BC during the Peloponnesian War. It refers to the Trojan war. For this work he won the second prize, losing to the tragic poet Xenocles.

Euripides’ drama describes the fate of the women of Troy after their city was plundered, their husbands killed, and their families would become slaves. The case takes place in the Achaean camp on the coast of looted Troy. The war captive women of Troy and their queen, Ekavi, mourn their plagues. Those who survived will be given as gift to the Achaeans while Ekavi’s grandson, the young Astyanaktas, is aborted down from the walls, a victim of the cruelty of the conquerors. The flames destroy Troy and the women, desperate, are taken to the ships that will carry them across the Aegean, as slaves to the winners’ homes.

In 415 BC, when “The Women of Troy” was written, the Athenians were entangled in the Peloponnesian war and were preparing for the Sicily expedition, while the previous year, in 416 BC they had committed the massacre of the inhabitants of Milos island, who were demanding neutrality between Athens and Sparta.

Euripides’s drama is a relentless “blame” for the atrocities of war and a compelling demand for solidarity and humanity.

In 1965 Jean Paul Sartre wrote a version of Euripides’s drama, “Les Troyennes”, in which we find references to the European imperialism in Asia, while in 1971 the famous Greek director Michalis Kakoyiannis transferred the drama to a cinema play, starring Katharine Hepburn, Vanessa Redgrave (Andromachi), Brian Blessed (Talthibius), Geneviève Bujold (Cassandra), Irene Pappa (Helen) and Patrick Magee (Menelaos). The music of the film was signed by the famous Greek music writer M. Theodorakis.

“The Women of Troy” of Euripides, a unique peace symbol, live and relive in every war. Thousands of years later the women of Troy revive, complaining about the winners’ arbitrariness over the losers. Euripides by his drama “The Women of Troy”, through Neptune’s words, warns: “Everyone who traverses cities, ruins temples, sanctuaries and graves of the dead is a fool. At the end, he will be the loser too“.

Seventy five (75) years after the Holocaust by the Nazis in Hortiatis (September 1944), the women of Hortiatis, as other “Women of Troy”, remind us that the woes of war stigmatize people’s psyche. Dozens of women experienced the violence of the war and incarnated, against their will, an Ekavi, a Cassandra or an Andromachi.

That is why Euripides’s drama remains timely, reminding us of the need for peace and reconciliation of all people, especially in Europe, which is our common home.

P10.3. Dissemination activity: sharing with pupils, teachers, parents and the local community the experience and the progress of the project

On June 27, 2019 during the farewell ceremony of the school year in front of the pupils, teachers, parents of our school and nearby schools and the representatives of the municipality, Ms. Maria Mangana and some pupils of the Erasmus+ group made a presentation of the school activities of the Erasmus+ PROIECT project with special reference to the C2 mobility that took place in Hortiatis in April 2019. In addition to the presentation the pupils had the opportunity to express their impressions and experiences that had gained so far and they recommended to the younger pupils to participate in Erasmus+ projects in the future. 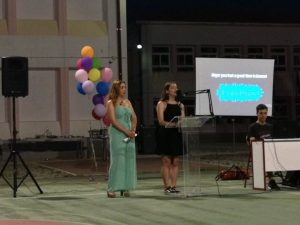 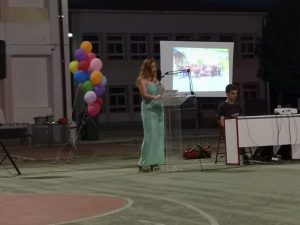