On 22 February 2021, the students from “Mihai Eminescu” National College, Petrosani, Romania, who are in the target group of the project PROIECT, ref no. 2018-1-IT02-KA229-047925_3 (2018-2021) attended an online meeting. We were honoured to have Mr. Ioan Dorel Schiopu among us, the vice stationmaster of Petrosani railway station, a valuable member of our community whose overall knowledge is not only worthy of admiration, but also an element that successfully managed to keep us intrigued during the presentation.

Although the idea of something so trivial such as a railway station is one that almost every individual would be reluctant to show any interest in, Mr. Schiopu managed to keep us at the edge of our seats by unfolding and presenting some widely unknown facts about it, which proved to be something of paramount importance when it comes to our cultural heritage. Before it was officially opened in 1870, various silver coins dating back to 4th century B.C. discovered in the foundation of the railway station and on the railway embankment from Petrosani up to Livezeni, prove the fact that the Jiu Valley represented a key trade route between the territories separated by the Carpathians as well as the antiquity of the socio-economic life in the Jiu Valley.

We were also pleased to be taken along an interactive history lesson regarding the beginnings of what we call now ‘railway transport’. What was called a technological breakthrough back in the 19th century made its debut with an engine capable of generating only 10HP, far away from being a match to the 2300+ HP engines that roam the railways of today. Despite the initial fuss, the military masterminds of the time came to the conclusion that this revolution in terms of transport would only represent an impediment from a combat perspective. Only after a few years, after a further development in terms of technology, did they realize they were completely wrong. As far as Romania is concerned, the period of communism represented the peak of our railway development, especially in the Jiu Valley due to the major industrial impact made by the discovery of coal.

Towards the end of our meeting, Mr. Schiopu brought to our attention a masterpiece in terms of landscapes. He encouraged us to take the route to Tg. Jiu in order to marvel at the beauty of the Jiu Gorge, travelling by train being the only option to enjoy the full range of frameworks. 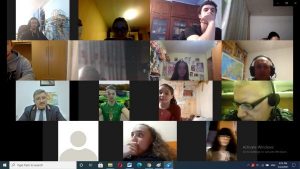 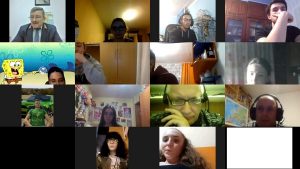 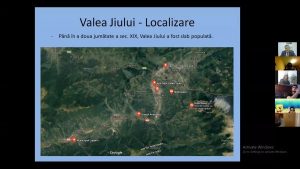 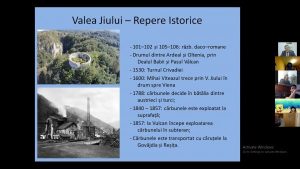 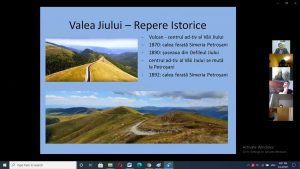 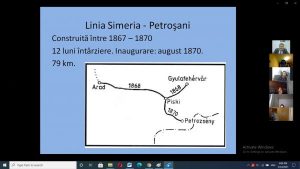 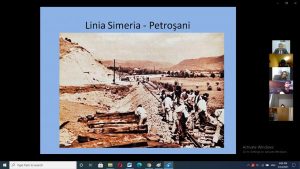 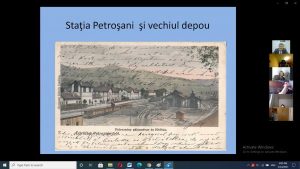 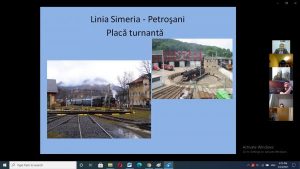