On 17th October 2019, on the occasion of the 101st anniversary of the end of the First World War (November 2018), the pupils of the Erasmus+ project of our school (C Class) and the teachers Mrs.Vassilia Lazaridou, Mr.Efstratios Tsakiris and Mrs.Pelagia Saltamara visited the First World War Cemetery “Zeitenlik” in Thessaloniki. 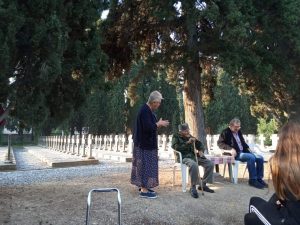 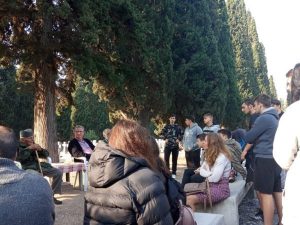 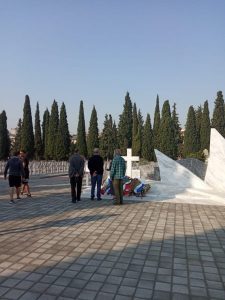 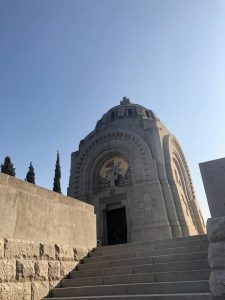 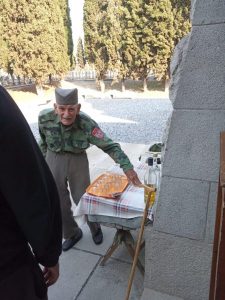 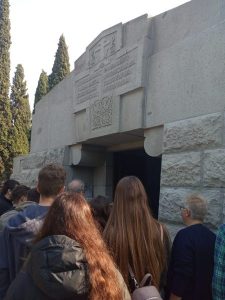 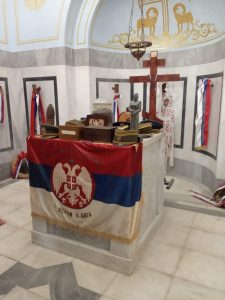 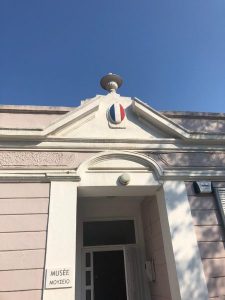 The Zeitenlik, also known as Serbian Cemeteries is located in Lagada Street on the West part of the city. It is a unique monument that reminds us of the legacy of all those who fought for freedom almost a century ago (1914-1918).

While the flames of the “Great War” were still burning high, terrible battles took place in the heart of the Balkan countries thus forming the “Macedonian Front”. Winning this battle turned out to be important and crucial for the outcome of the entire war.

The casualties were devastating for all sides. More than 20.500 soldiers of the countries that fought along the Entente alliance during the First World War were buried here making Zeitenlik the biggest military necropolis in Greece.

It is believed that this specific location was preferred because of the pre-existing catholic cemeteries and also because of the conversion of the neighboring buildings into hospitals. In 1920 the Greek government bought the land and ceded it to the allies after signing the initial foundation agreement among each nation.

Every year on October 11th representatives of the allied nations, the few remaining veteran soldiers and relatives gather here to honor all those who sacrificed their lives. A number of ceremonies are being held in honor of the fallen allies’ soldiers. The cemeteries accept many visitors from the Balkan countries, especially from Serbia. Each one of the five countries has its own sector (France 8.089 casualties, Serbia 7.500 casualties, Russia 400 casualties, United Kingdom 1.600 casualties, Italy 3.000 casualties).

The beautiful monument on the Serbian sector of the cemeteries was built in 1926 – 1936. Relics, flags dated back to the First World War and other important historical objects lie inside.

The Cemetery “Zeitenlik” reminds us the value of freedom and that the need for peace and reconciliation of all people remains timely.

The pupils of the Erasmus+ project of our school prepared a video about their educational visit at the First World War Cemetery “Zeitenlik”:

P14.2. Making ppt presentations, videos, foods and other artefacts or artistic expressions (dances, songs) to be presented to other schools during the C3 mobility in Romania

In October 2019 the pupils that would participate in the C3 mobility in Romania (from 28 November to 4 December 2019) did rehearsals in order to present the traditional Greek dance “syrtaki” during their visit. 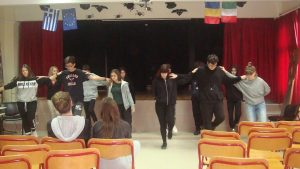 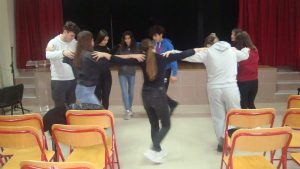 They also started preparing the presentations of their school and the project activities for the welcome ceremony of the C3 mobility in Romania.

On 17th October 2019, on the occasion of the exhibition “The splendour of Mosaics: Originals and Replicas from Thessaloniki and Ravenna”, the pupils of the Erasmus+ project of our school (B Class) and the teachers Mrs.Maria Mangana, Mrs.Dimitra Ntomprou, and Mr.Evangelos Tzanidis visited the exhibition of the mosaics at Rotunda monument of Thessaloniki. This educational visit will be presented in the P18.1 Activity (study local artistic heritage).