From 28th November to 4th December twelve (12) pupils of the B and C Class and three (3) accompanying teachers, Mrs.Maria Mangana, Mrs.Dimitra Ntomprou and Mr.Evangelos Tzanidis, of our school participated in the C3 mobility “Local cultural heritage in a European perspective and the Romanian National Day” in Petrosani Romania. 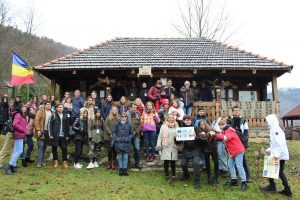 P16.2. Administration of satisfaction and self-assessment questionnaires about the C3 mobility in Romania

This is the link where you can find the file with the survey and the answers of the students of the three schools involved in the mobility in Romania:

P16.3. Sharing with students, teachers, parents and local community of the experience of the C3 mobility in Romania 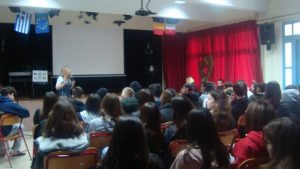 On 23rd December 2019, the pupils and teachers of our school watched at Olympion Cinema Thessaloniki the documentary “The Great Fire of Salonica in 1917: Birth of a City”, an archives-based documentary narrating the experiences of Thessaloniki’s residents during the biggest and most destructive fire in the history of the city. It reveals the philosophy and the backdrop of the unprecedented urban change that followed, changing forever the city. 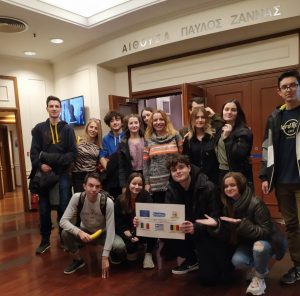 This documentary was suggested by a group of students of the Erasmus project who have already watched it on 11 November 2018 at the Town Hall of Pilea-Hortiatis during the first presentation of the film in our municipality.

The fire, which left more than 75.000 homeless and engulfed almost the entire historic center of Thessaloniki in 32 hours, began on the afternoon of August 18, 1917, from a refugee camp near the city’s northwest wall. More than 9.500 buildings, houses, shops, offices were burned. The multiracial and multilingual Balkan metropolis is finally being redesigned, with the decision of the government of Eleftherios Venizelos. Based on the plan of Ernest Hébrard, it is formed from scratch, in order to take the urban form it has today. The social, political and economic impact of the fire is a turning point in the city’s history.

The director of the film, Mr.Vardarinos, used many historical sources and worked some years on them. The documentary is of exceptional quality, it is a successful production that was carried out with hard work and effort and we all watched it with great interest and admiration.”

You can find the trailer of the documentary at: