P4.1. During December 2018 the Greek pupils deepened in the local traditions related to Christmas holidays

Also the Greek pupils sang the Christmas carols and produced a relative video: 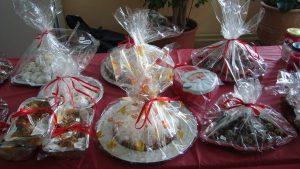 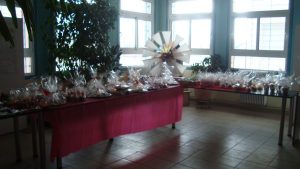 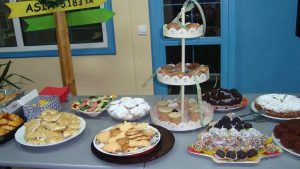 P4.2. In December 2018 the Greek pupils visited the exhibition “Chisel and memory. The contribution of marble crafts in the restoration of monuments”

On 11 December, the First Class of our High School visited the exhibition “Chisel and memory. The contribution of marble crafts in the restoration of monuments” housed in Piraeus Bank’s Conference Center.

The organisers said the following about the objectives of the exhibition (http://www.piop.gr/en/anakoinoseis/Thessaloniki_YSMA_SMILH_2018.aspx): “A main thematic axis of the exhibition is to highlight the human factor in the specialised restoration work under way at the Acropolis. The exhibition addresses a range of questions: How do marble craftsmen contribute to restoration work and how involved are they in the project? What feelings do they experience and share upon plying their craft? How is the community of marble craftsmen organised and how does it function through collaboration, exchange of knowledge and experience, leisure time?

Lastly, the exhibition opens a window of extroversion in Tinos, the most significant centre of marble craftsmanship in modern Greece, due to the rich marble deposits on the island and the tradition that has this art transmitted from father to son. In 2008 the Piraeus Bank Group Cultural Foundation inaugurated here, at Pirgos, Tinos, the Museum of Marble Crafts. The Museum presents the art of marble craftsmanship and the social and economic context in which the local workshops were developed. From its foundation to this day, the Museum has welcomed more than 235,000 visitors. Concurrently, through publications, itinerant exhibitions, workshops and the activities for children and adults it organises, it has become an important venue for the cultural expression of the local community and for showcasing marble craftsmanship on the local, national and international level.”

A pupil’s opinion about our visit: “It was a very interesting exhibition, presented in a interesting way and related to a subject that touches us and makes us proud that we are Greeks.“ 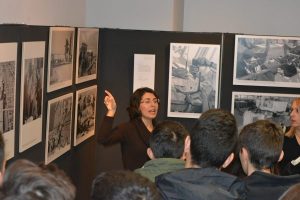 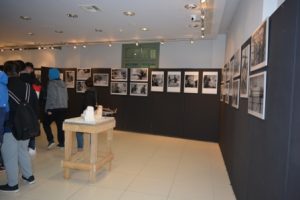 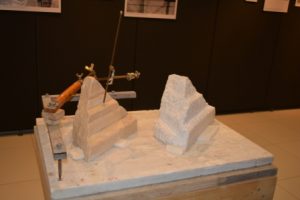 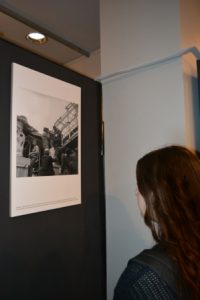 On 18 December, the Greek pupils visited the exhibition “Van Gogh Alive – The Experience” at the Thessaloniki International Exhibition Center (TIF). The magnificent exhibition was an amazing experience, as it helped us, as pupils, to approach and understand the ideologies and works of a great artist, Vincent Van Gogh, in an interactive way. It was a glamorous spectacle addressed to all ages. At the beginning of the presentation, the tour guide spoke to us about the life of the artist and then described and explained to us some of his most important works. Then we entered an area where they played interactively, with giant screens that animated masterpieces, the paintings of Van Gogh and many of his quotes, while we were simultaneously listening to classical music properly customized to the climate in this area. As a pupil said about our visit: “This exhibition brings the viewers to a stunning, vibrant world of the creator, and this leads the viewer to interaction with the artist and his works. We were very lucky to have a chance to watch a show like this”. 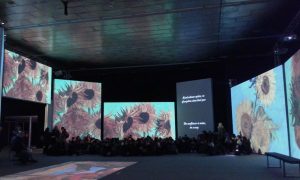 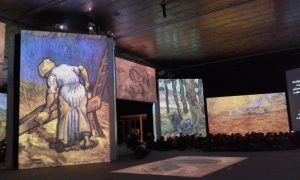 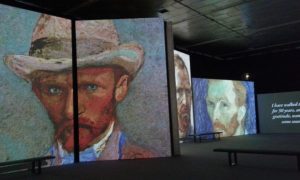 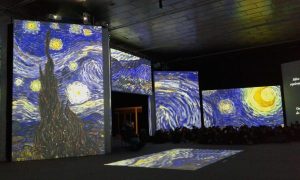 P4.4. In December 2018 the Greek pupils visited the Roupel Fort

On 20th December the A’ Class of our school visited the Roupel Fort on the Greek-Bulgarian borders.

These strongholds were built to defend Greece from a Bulgarian attack, because at that time, 1936-1940, Bulgaria was outside the Balkan Friendship Pact and was seeking to retake the Greek lands it had occupied but had not managed to keep during the Balkan Wars (1912-1913). In March 1941, Bulgaria joined the German Axis of Japan of Italy with the enticing promise that the whole of Eastern Macedonia and Western Thrace would be given to Bulgaria.

This fortification line was named after its designer and creator, the then Prime Minister and Minister of National Defense of Greece, Ioannis Metaxas. The Metaxa line covered 215 km of the 497 km of the Greek-Bulgarian border, which was considered the main threat to Macedonia and included 21 Fortresses. The Rupel Fort, built on the western slopes of Mount Angistro on the River Strymonas, together with the fortress Paliourionas, secured the narrow streets.

Works began on Kerkini in 1936. The strategy, the regular design, the technical execution and the concept were designed by Greek engineering officers as a whole, and with the regular support of infantry and artillery officers and the NTUA contribution.

The works consisted mainly of underground tunnels including individual terrestrial complexes with observatories, fire and an enormous development of anti-tank trenches, anti-tank barriers and concrete bands in double and triple stop lines, all of which during that times was a titanic work.

On April 6, 1941, the German army attacked against Greece. Despite the heroic resistance of the forts, which are “not surrendered, but only occupied”, as their commander said, the line was overwhelmed when the Germans invaded Greece from Yugoslavia. Adolf Hitler, in a speech at the Reichstag, May 4, 1941, said: “I have to admit that the Greek soldier fought with extraordinary bravery and surrendered only when all his resistance was impossible. Therefore, I decided not to keep the Greek soldier as prisoner soldiers and the officers to keep their own weapons.”

A pupil’s opinion about our visit: “ We admired the historical Roupel Fort, the military guide brought us back to the heroic era of the battles. We fell really proud of our ancestors” 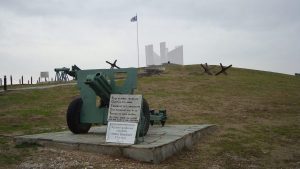 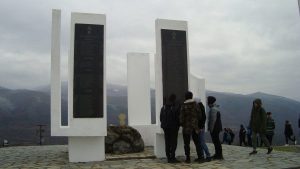 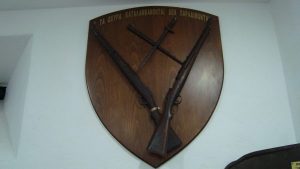 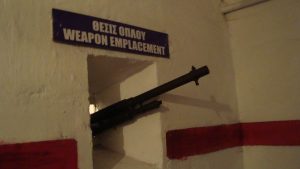 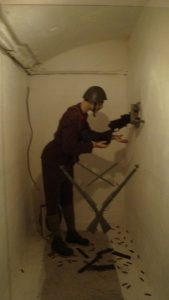 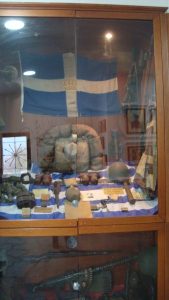 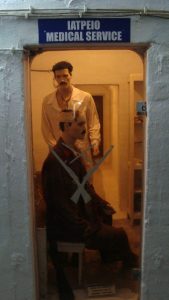