P3.1. During November 2018 the Greek pupils and teachers involved in the project attended Information and Communication Technology lessons

P3.2. In November 2018 the Greek pupils attended the Arsakliotika Festival and produced a relative video.

During the Arsakliotika festival in Panorama (old name “Arsakli”) Thessaloniki, every year in Autumn, there are events that include traditional music, folk dances and concerts with free entry to the public. The festival is a quality cultural event for the whole region. 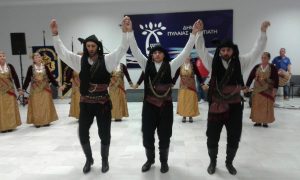 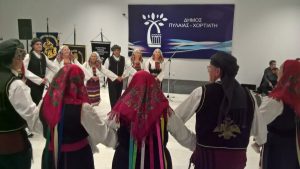 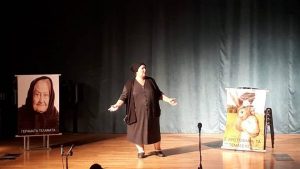 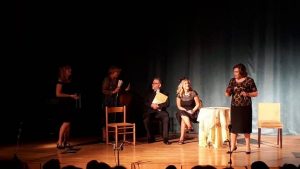 The video “ARSAKLIOTIKA FESTIVAL” produced by the Greek pupils:

P3.3. In November 2018 the Greek pupils selected information on the European Day of Wine Tourism and produced a relative video.

Every second Sunday in November wine tourism celebrates its day. On this Sunday, the main wine regions join the celebration with a wide and varied range of proposals for wine tourism lovers.

The Wine Tourism Day celebration is an initiative pioneered by the European Network of Wine Cities (RECEVIN), which has been held every year since 2009.

The video “EUROPEAN DAY OF WINE TOURISM” produced by the Greek pupils:

You can find more information about wine tourism at the following URL: http://www.wineroads.gr/en/

P3.4. In November 2018 the Greek pupils visited the Macedonian Struggle Museum and produced a relative presentation

Οn 15 November 2018 a group of 30 pupils from our school visited the Macedonian Struggle Museum in the center of Thessaloniki. The museum is dedicated to the “Macedonian Struggle” which is a very crucial part of the local history and the history of Greece in general. In the period 1904-1908 the struggle has taken place by the Greek populations of the region, with the support of the Greek state, against the threats of the other Balkan countries to conquer them.

The museum features relics of this period such as weapons, uniforms, photographs and other personal items of the protagonists of the time. In specially designed spaces there are scenes of the everyday life of the era, such as a school class, a house of a typical farm house, and miniature battles. At another point the visitor can see photos from the museum’s rich archive. We also watched audiovisual material related to this period and we were informed about the educational and publishing activity of the institution.

You can find the presentation “THE MACEDONIAN STRUGGLE” produced by the Greek pupils at the following URL:

On the 15th of November 2018 we visited the art exhibition “Alexander IOLAS: The Heritage” which was held at the Museum of Modern Art in Thessaloniki. Alexander IOLAS was a famous Greek art collector of the 20th century and a very good friend of the artist Giorgio de Chirico. With constant love for the work of art as an object, IOLAS kept his reflexes to artistic pursuits after the war, when there was a need to create a new cultural reality. Especially in the 1960s and 1970s, the innumerable exhibitions he presented demonstrated his decisive action in the international artistic environment, as well as his support for the new artistic expression. His significant contribution to international art can be briefly summarised by the number of galleries he founded, his promotion of artists all over the world, the unstoppable momentum of his activities, his crucial role in the establishment of the European Surrealists in America, as well as that of many other young artists. A close friend of his until the very end, Andy Warhol, was discovered by IOLAS.

During our visit we admired works of surrealistic art and discussed with the guide the hidden aspects and meanings of these pieces of art. At the end of our visit we participated in a workshop, where each pupil created his/her own surrealistic piece of art and presented it to the others. This was a great experience as we had the challenge to let our imagination run wild and free and create our own work of surrealistic art! 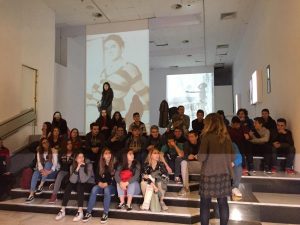 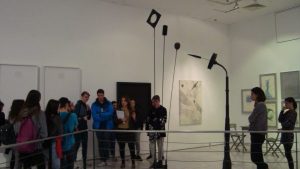 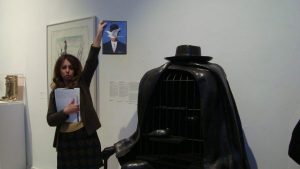 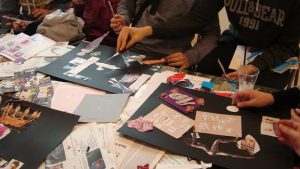 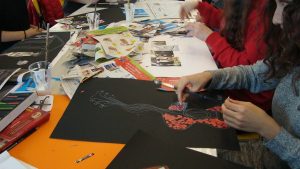 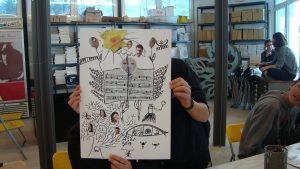 P3.6. In November 2018 the Greek pupils watched the play “The Curious Incident of the Dog in the Night-Time”

On the 15th of November 2018 we watched the play “The Curious Incident of the Dog in the Night-Time” by the National Theatre of Northern Greece based on the novel by Mark Haddon. The story begins like a detective novel, when little Christopher, this special autistic boy, tries to investigate the mysterious death of his neighbour’s dog. Passionate about solving the mystery, he faces various unexpected secrets and slowly becomes a protagonist in a story that will change not only his life… but also the lives of everyone around him. Christopher is a lonely boy, he doesn’t feel accepted by his peers, he can’t understand people’s feelings at all, he doesn’t understand the rules of behaviour… he doesn’t understand metaphor in speech at all, nor does he grasp jokes and irony… he can’t lie… he can’t bear to be touched at all… However, Christopher has many more abilities than all of us, the others…

According to one of the pupil’s review on the play: “The performance aroused the interest of the audience and there was absolute silence besides that in the audience there were only students. The play was fascinating due to the fact that it caught the attention of the audience. The interpretation of the protagonist was quotable. The actor’s rendering of an autistic adolescent was really representative. The delicate moves of the protagonist showed exactly what is like to be an autistic person; When the actor’s shoes where unlaced he showed professionalism, he stayed focused and when the chance was given to him, he tackled the problem. In addition to the above, the direction was excellent. All the actors played very well and all the dialogues were interesting, especially when the mother was narrating the story. At the end, all the subconsciously messages of the play moved deeply the audience.”

You can find more information on the play at the following website: